The University of Georgia History Department supports a developing research and teaching agenda for the Middle East. Faculty members have published in internationally recognized journals on a broad range of topics relating to the political, social, and cultural history of the modern Middle East. Areas of interest and expertise include the history of colonialism and anti-colonialism in the Arab world, the social history of Middle Eastern working classes, the development of sectarian conflict in Iraq, Iran, and the Persian Gulf, and the cultural politics of revolutionary movements.

The History Department offers an exciting array of courses each semester that cover the history of the Middle East from the medieval era until the present day. Students will encounter a broad range of topics connected to Middle Eastern history, including: the rise of Islam and the early Islamic conquests; the confrontation between Muslims and Christians during the Crusades; the origins of the Sunni-Shiʿi division; colonial encounters between Europeans and Muslims in the Ottoman Empire; the history of Orientalism; the Arab-Israeli conflict; the rise of Arab nationalism; the social and economic impact of oil production, urbanization, and modernization; the growth and development of political Islam and radical Islam; and the contemporary Middle East during the "War on Terror" and the "Arab Spring." 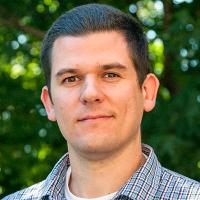